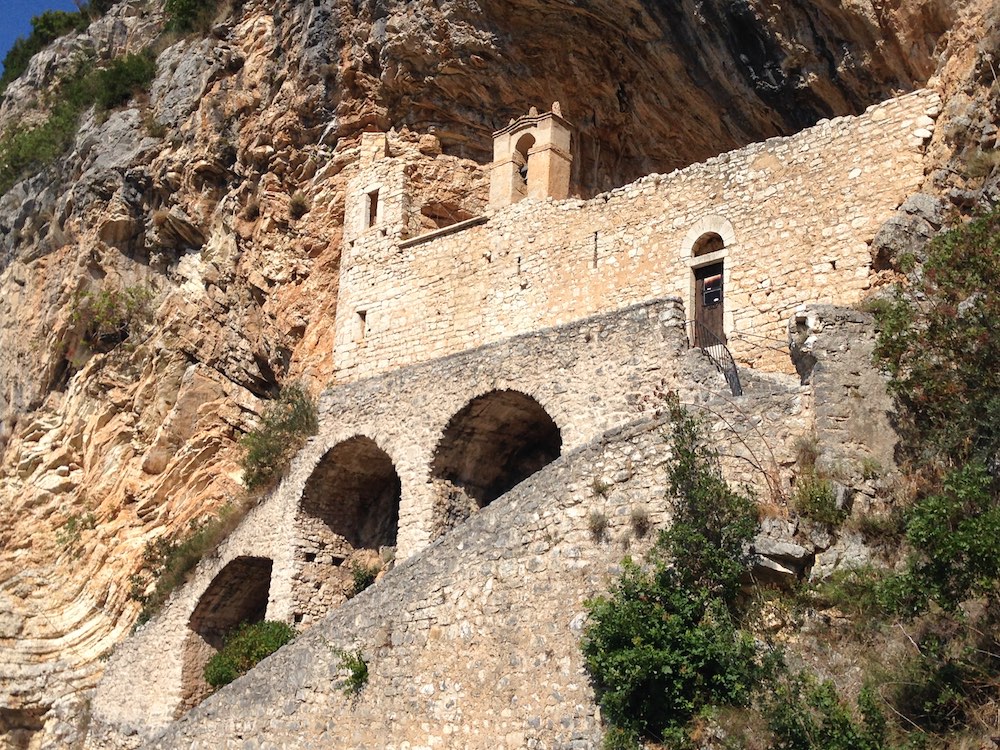 Located at the entrance of the village, the characteristic Hermitage of San Cataldo, sunken in a huge granite rock that covers it like a roof, over a thousand years protecting the small community of Cottanello.
Its origins, previous to the 10th century, are due to the Benedictine monks who, preaching in the area, used it as a shelter or a place of hermitage.

The hermitage dedicated to San Cataldo, Bishop of Rochau, who lived between the VI – VII century d.c. who died during a pilgrimage in the Holy Land ‘in Taranto where he was buried in the cathedral.
Legend has it that the Saint took refuge in the hermitage to escape persecution Aryan, but no historical confirmation has never corroborated this hypothesis, and is’ more likely that his veneration was brought by the soldiers who around 1497 had fought just Taranto.

The patron of Cottam was always S. Andrea, but the inhabitants have always had a particular fondness for S. Cataldo, who co-patron is celebrated with great fervor on May 10; to him they were dedicated many “ex-voto”, some still visible inside the hermitage.

Inside the small chapel houses the most ancient Byzantine-style frescoes of Sabina, of particular beauty, as the millennial of the Redeemer painting and other beautiful fifteenth-century paintings, depicting the Madonna and Child with Saints Bishops.

In the painting of the Redeemer, dated IX – X century, it is represented Jesus sitting in blessing flanked by the apostles and saints under six; in the fresco there are clear references to St. Francis of Assisi, the most conspicuous is the symbol of the saint himself, the “TAU” greek that identified it.
And ‘certain fact that between 1217 and 1223 Francis stood between our nations to evangelize them.
The fresco was discovered only in 1944, when German sappers, to protect the flight, blew up the bridge below. The hermitage miraculously remained intact, but the outbreak screpolò a fresco of the ‘700 depicting the country, under which lurked the precious painting.

In turn, finally, there are still Baroque representations, then back, as the expulsion of Adam and Eve from Paradise.

In a corner of the same wall is the fresco of the Virgin dating back to 1443, whose Jesus’ Child’s face is reminiscent of the appearance of St. Francis.

Scholars say that the hermitage has been used several times as an outpost of defense during fights followed one another in different centuries: to confirm this hypothesis are the loopholes that still can be seen in the wall.

The impressive staircase was built in 1888, when it was realized the road to Fontecerro to reach the Rieti valley.
Before this work the old way was what passes for the “Prati di Cottanello”, which is precisely the path of Francis, the road that ran along the Santo da Greccio to achieve our countries.